How it all started and how we got to where we are now. 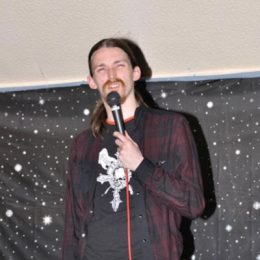 Laughing Gnome comedy nights started back in 2009 when Simon Dutton and comedian Dug Shelmerdine started putting on comedy nights in Altrincham, in Cheshire at a working men’s club.

Dug was the resident compere and we were fortunate to put on many great acts including Jarred Christmas, Jason Cook, Simon Bligh, and Junior Simpson as well as a memorable, and still spoken about appearance from Mr. Dolphin.

In 2014 the club closed and so Dug retired and Laughing Gnome went to sleep.
Fast forward to 2016 and after a phone call from Franky Brockett it was agreed that the three of us would wake up the gnome and Dug would once again compere our new night further up the A56 in Stretford, Manchester.
The plan was once again to put on a great night’s comedy at affordable prices, while making the night enjoyable and fun for comedians to play.

Dug has since retired again, but Laughing Gnome Comedy has continued to flourish, providing comedy nights for Astra Zeneca, numerous Holts and Hydes Pubs aswell as several Golf Clubs and other local bars.